What is Melbourne best known for?

Melbourne, Australia’s cultural and sporting centrepoint: a city where you can catch a world class exhibition in the morning, a sporting spectacle just down the river in the afternoon before heading back into town for a dance until dawn. 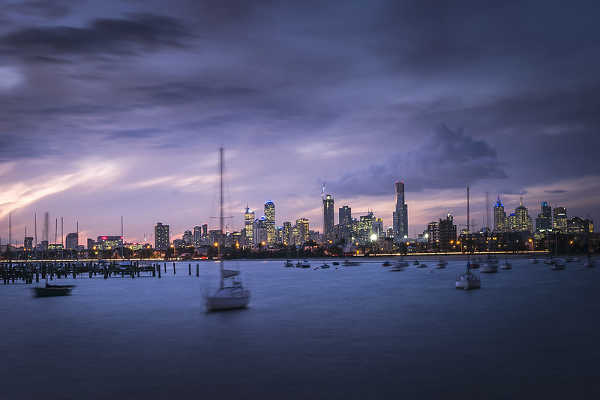 The City of Melbourne is replete with fun and frivolity, where a vibrant arts scene meets stunning architecture and a nightlife to rival Barca or New York!

Melbourne is best known for a lot of things, apart from being the “World’s Most Liveable City” more times than other cities going around, so let’s take a look at what makes this elegant city such a gem for travellers and locals alike!

It has the world’s best sporting calendar

One can’t even think of a city that matches the sporting prowess of Melbourne. Our calendar begins at the start of the year with the Australian Open and ends at the very end of the year with the Boxing Day Test, not to mention the endless array of fixtures and special events that occur throughout the year.

Whilst it’s great heading to the AO, the Boxing Day Test or the F1 Grand Prix, the best way to understand the city’s love for the sport is to head to any Australian Football League (AFL) match taking place at one of the city’s giant stadiums!

The Melbourne Cricket Ground (MCG) is the best place to watch a match – it’s the spiritual home of the AFL and carries an atmosphere to rival some of the world’s great football (or soccer) stadiums.

Take in the arts scene

Melbourne is a city with countless cultural events, galleries and music venues. Whether you’re meandering around the National Gallery of Victoria, say, taking in a French Impressionist series, or heading to Festival Hall for a local or international band, the city boasts an ongoing cultural calendar that coincides with our sporting events to produce a city of constant fun and excitement!

Our city centre is as charming as they come

One of the best things to do when spending some time in this charming city is to simply meander around its laneways, grabbing a coffee and some delicious food before dropping into some of their fashion stores. Melbourne’s city centre is intertwined by a series of connecting laneways that are covered in vibrant street art, bars, cafes and stores, making for a totally cosmopolitan vibe that gives you a great impression of this gorgeous town…

Related article: Where should I go for a day trip from Melbourne?

Previous article: What is the best reef tour in Cairns?