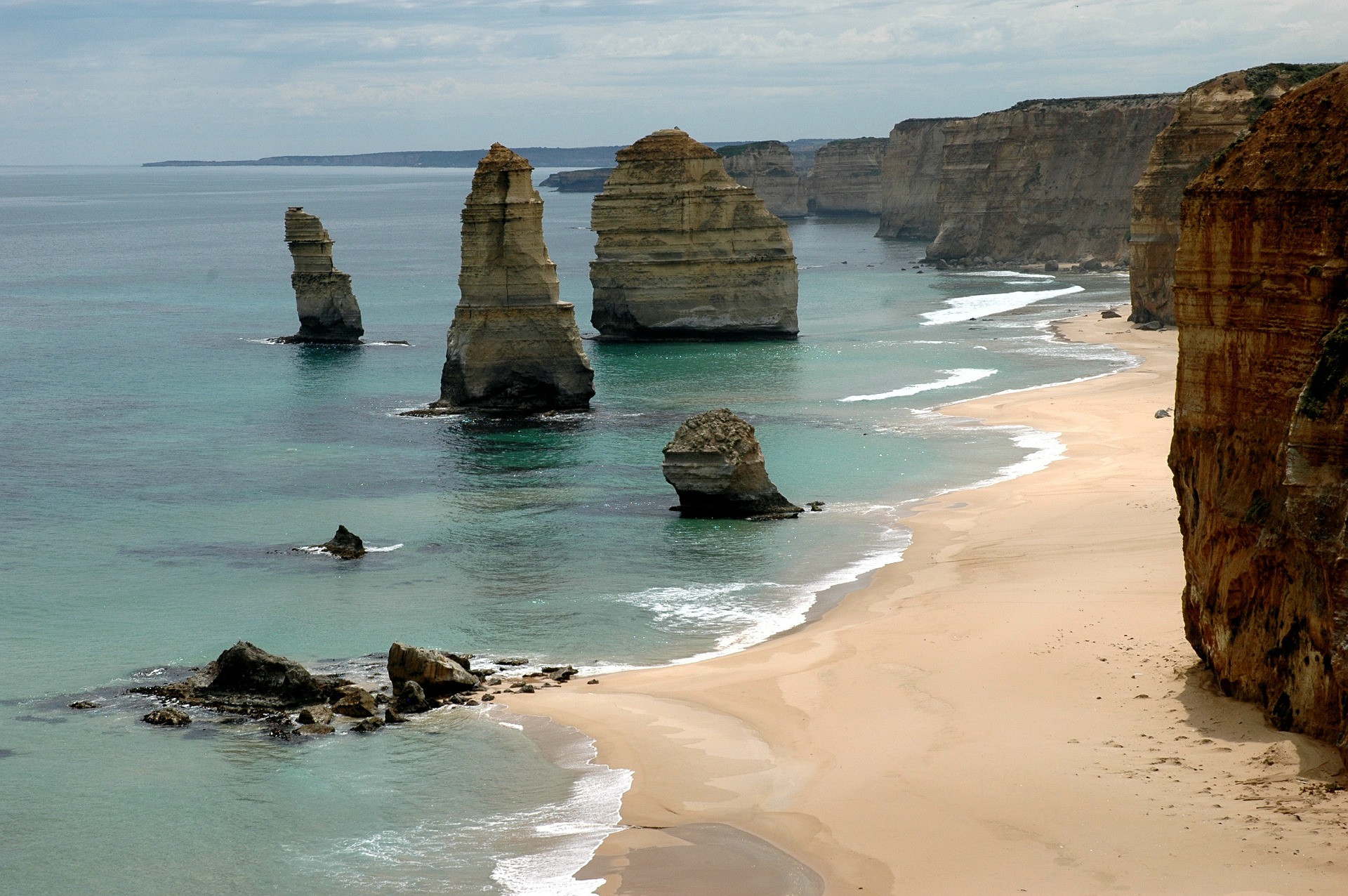 How many 12 Apostles are left?

The 12 Apostles are the most famous site along the Great Ocean Road; however, you might be surprised to learn there aren’t 12 of them!

The dramatic limestone stacks attract people from around the world to the ragged coastline of the Great Ocean Road. However, despite what their name suggests, there isn’t 12 Apostles standing.

History of the 12 Apostles

The 12 Apostles were formed over a period of 20 million years. Coastal winds and waves eroded the cliff face at the mainland and eventually completely separated the stacks from the mainland.

When first separated from the mainland the stacks formed island bridges. However as harsh winds and beach storms battered them the bridges collapsed, leaving the stand alone stacks we see today.

Now, to finally answer the question you have asked, there are seven apostles. However, despite their name, there was never 12 stacks, only ever nine!

Until the 1960’s the stacks were referred to as the Sow and Pigs, however in a marketing attempt to bring more tourists to the area that were renamed the Apostles. Even though you could only see nine at the time, the name quickly evolved to the 12 Apostles, likely due to the biblical relation of the term apostle.

From nine to seven

Since the Apostles were renamed two stacks have collapsed. Just as erosion formed the impressive landmarks, it will eventually also cause their collapse.

In 2005 the first apostle collapsed. The large apostle is said to have cracked, shuddered and then disintegrated onto itself, in a similar way to a building collapsing. Two photos taken just a minute apart show the stack there and then immediately gone! Stunned tourists watched on as the famous coastline changed forever.

The second apostle to collapse was in 2009. A much smaller stack was reported to have simply disappeared overnight in 2009, and word form Parks Victoria confirmed the stacks collapse. The coastline had received some brutal stormy weather leading up to the collapse which is likely to have contributed to the already weakening stacks collapse.

Just months before the 2009 stack collapse the bridge connecting the islands, now known as Tom and Eva, at Loch Ard Gorge collapsed. Since 2009 there has been no significant documented collapse.

The short answer is yes. Though we don’t know when, we do know that just as it did in 2005 and 2009, natural erosion will continue to work on the remaining stacks until they too collapse into the sea. However, we do not know when this will occur, as the remaining 7 apostles could still be standing for hundreds of years!

Though the collapse of the 12 Apostles in inevitable, it does serve as a reminder of how the coastline is ever changing. Erosion formed the stacks and erosion will continue to form more unique sites along Victoria’s epic Great Ocean Road.

Related article: Where can you see whales on the Great Ocean Road?

Previous article: Where does the Great Ocean Road Start and End?